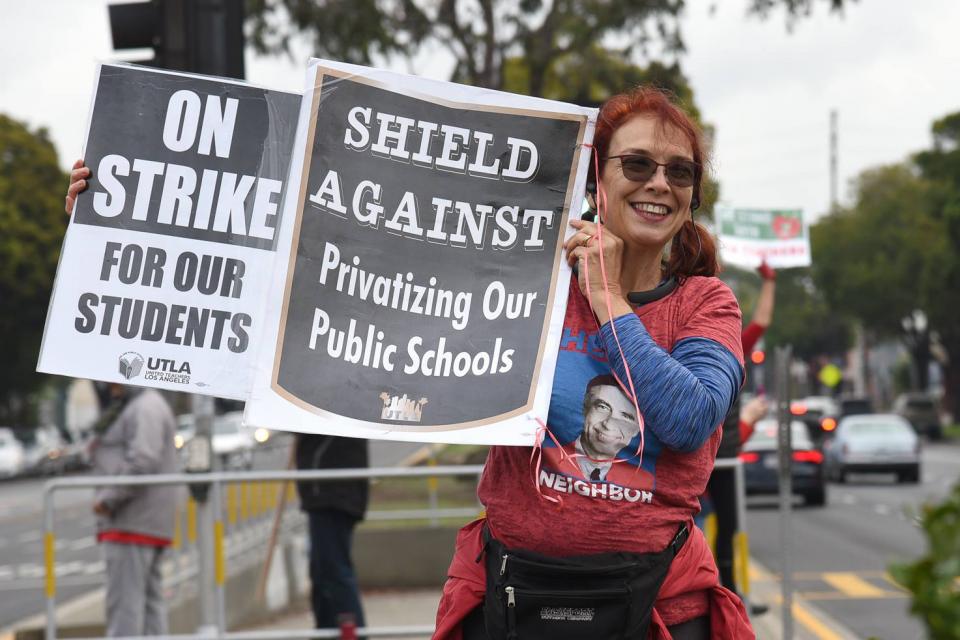 On February 25, CFT joined fellow educator and school worker unions, the NAACP, and several concerned state lawmakers to announce proposed legislation that would fix the laws governing charter schools in California. The legislation, Assembly Bills 1505, 1506, 1507, and 1508, would ensure charter schools were accountable to local communities and neighborhood schools.

“These common-sense measures will empower local communities to decide whether charter schools are the right choice for their students,” said CFT President Josh Pechthalt about the proposed legislation. “Placing decision-making powers back in the hands of local communities will mean more accountability and better outcomes for all of our students.”

That sentiment was echoed by Assemblymember Patrick O’Donnell, D-Long Beach, chair of the Assembly Education Committee who is the author. “Charter school reform is long overdue,” said O’Donnell. “These bills will provide school districts the ability to make responsible and informed decisions regarding authorization and renewal of charter schools, which are critical for student success and taxpayer accountability.”

Following the successful six-day UTLA strike in Los  Angeles, the Los Angeles Unified school board called for a charter school moratorium in California. Additional lawmakers are considering legislation to impose such a moratorium on charter school growth similar to what the National NAACP called for in 2016.

The proposed legislation comes as Gov. Newsom signed AB 126 into law last week. The new law, which was authored by Sen. Connie Leyva, D-Chino, and moved quickly through the Legislature, requires all of California’s charter schools to follow the same laws governing open meetings, public records, and conflicts of interest that apply to school districts.