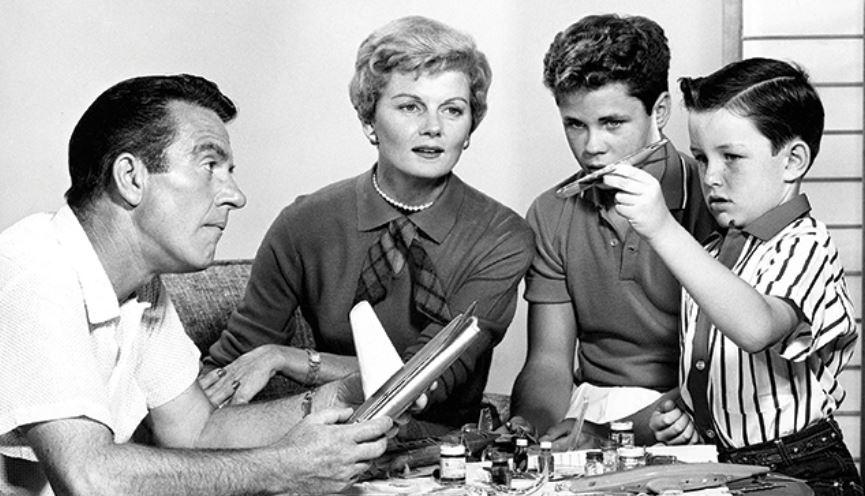 In 1960 America was a very different place. Father Knows Best was ending a seven-year run, but we were still watching Leave It to Beaver. Women earned only 63 percent as much as men for the same job. Teachers were considered “tall children,” better seen than heard.

Speaking as a retired teacher who has observed public education for six decades, I offer you, my CFT sisters and brothers, the changes I have witnessed.

In the 59 years since 1960, we have moved from being an overwhelmingly “white” country to the great diversified nation we are today. In 1960 our population was 87 percent white, 10 percent African American, 3 percent Hispanic and less than 1 percent Asian.

K-12 education used “tracks” to steer kids into college or directly into jobs and almost none of the kids on the “college track” were minorities. According to the National Center for Education Statistics, 95 percent of all American college students were classified as white and 62 percent were male. Seventy percent of high school students graduated, but the gap between the white graduation rate and those for black and Hispanic students was in the double digits.

AP classes were confined to elite prep schools that fed equally elite colleges. Parents of special needs students were screaming for help, and if your kid spoke Spanish at home you had to move to Miami, where the first bilingual classes were established in 1959.

As our country evolved, we, the American educators, changed the public education system to make it more equitable.

The justified demands of Latinos, Asians, Native Americans, and LGBTQ Americans, along with the civil rights and women’s rights movements, transformed our country and our public education system. We were part of those movements.

We ended tracking, demanding that all kids be allowed to prepare for college. In 2018 the high school graduation rate was 85 percent and the gaps between the white graduation rate and those for our Hispanic and black students reduced by nearly half. The Hispanic drop-out rate decreased from 34 percent to 9 percent and for blacks from 21 percent to 6 percent. We helped make this happen.

Take a walk on any college campus today and you will see how much it mirrors the great diversity of our nation. Women comprise 57 percent of all college students. While women still earn only 80 percent of what men make, in most large cities, women who are young, single, and without children, make more than their male counterparts because more women have college degrees than their brothers.

In 1964 when I entered San Fernando Valley State College (now CSU Northridge), my brother and I were two of barely 200 Hispanics in a student body of 14,000. Today, and for most of the past decade, CSU Northridge has been in the top ten of what higher education calls “Hispanic Serving Institutions.”

In 1960 fewer than 5 percent of our state’s teachers were Hispanic and today fully 20 percent are. In the Los Angeles Unified School District, Hispanic educators are the single largest group. Our calls for more help with special needs kids and English Language Learners did not go unheard. Changes to the Elementary and Secondary Education Act in 1966 and 1967 gave these kids the help they deserve.

SAT scores dipped in the 1970s and 1980s, but this did not mean that American kids were getting dumber; it meant that the vast democratization of higher education that we helped bring about was working. As more and more poor kids entered college, the SAT scores dropped because we know that poor kids face greater education challenges than upper or middle class kids.

More important than the SAT is the National Assessment of Educational Progress, often called “the nation’s report card.” Since its introduction in 1969, NAEP scores have been on a slow but steady upward trajectory. The high school curriculum is more rigorous today than it was in 1960, as are college entrance requirements. I needed only two years of high school math to get into college, but both my daughters had to have at least three.

When I attended the Burbank public schools, California ranked in the top ten states in per pupil expenditure. By the time my daughters were in Los Angeles Unified, and Proposition 13 had passed, California had plummeted to the bottom ten. Under these extremely difficult conditions, we helped my daughters’ generation prepare for and enter college.

As our country transformed into the diversified nation it is today, we made the education system work for the new American reality. We found voice in our unions and fought discrimination and prejudice and we won!