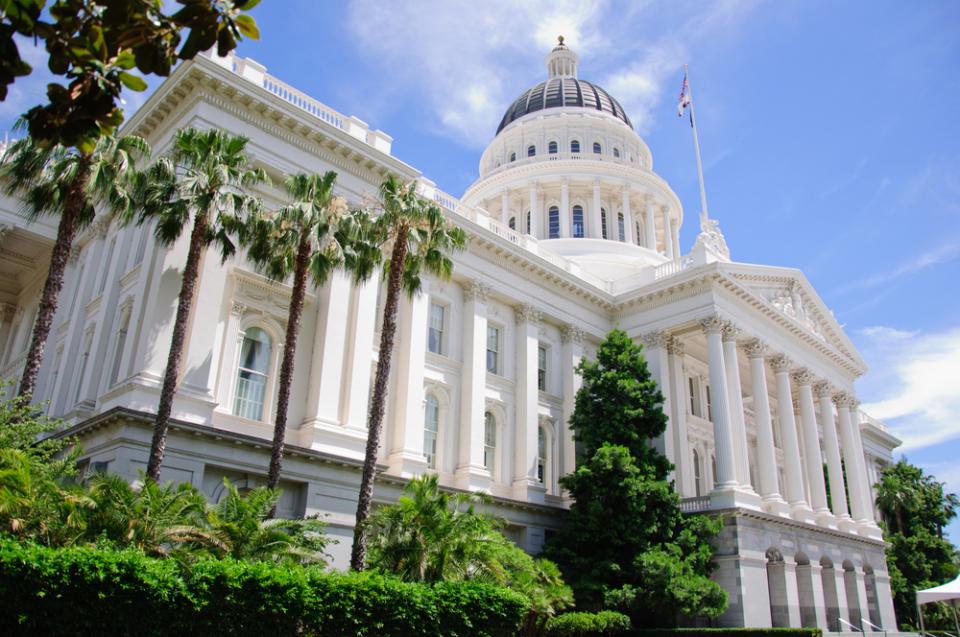 The Assembly and Senate Appropriations Committees both held their Suspense hearings May 16 to report which bills would make it out of Appropriations and go to the Floor in their respective chambers.

The CFT was successful in securing the passage of most sponsored and co-sponsored bills out of the Appropriations Committees. Those bills address priority issues for the CFT, including increasing school funding, ensuring accountability for charter schools, and providing support for community college and UC faculty.

Below is a summary of the CFT’s sponsored and co-sponsored bills and their current status.

Assembly Bill 39 (Muratsuchi, D-Torrance) would establish new, higher funding targets under the Local Control Funding Formula (LCFF) and bring California up to the national average of adjusted per pupil funding. AB 39 would raise the base grant to school districts by $35 billion, or 60%, starting in the 2020-21 fiscal year. This increase in the base grant would in turn increase the supplemental and concentration grant amounts proportionally per current law.

AB 39 passed off of the Assembly Appropriations Committee Suspense File and now moves to the Floor for a vote.

Assembly Bill 123 (McCarty, D-Sacramento) would expand access to full-day, full-year preschool for all 4-year-olds who live in a neighborhood where there are more than 70% of students who are eligible for free or reduced-price lunch. In addition, AB 123 would ensure that all 3-year-olds living in poverty receive two years of high-quality preschool. AB 123 also would raise reimbursement rates with the intent that early childhood educators would see increases in their salaries. In addition, AB 123 would require all new early childhood lead teachers have a Bachelor’s degree in early childhood education or a related field by 2028. However, lead teachers employed prior to the enactment of the bill would be exempt from this requirement. Finally, AB 123 would provide scholarships for current lead teachers and paraprofessionals who choose to earn degrees in majors related to early childhood education and in turn earn higher salaries.

AB 123 passed off of the Assembly Appropriations Committee Suspense File and now moves to the Floor for a vote.

Assembly Bill 125 (McCarty, D-Sacramento) would require the Superintendent to implement a reimbursement system plan that establishes reasonable standards and assigned reimbursement rates that would vary with additional factors, including a quality adjustment factor to address the cost of staffing ratios. AB 125 would also require the reimbursement system plan, including methodology, standards, county rate targets and total statewide funding amounts necessary to reach annual rate targets for all agencies to be annually submitted to the Joint Legislative Budget Committee on or before November 10th. The bill would require the plan to include a formula for annually adjusting reimbursement rates.

AB 125 passed off of the Assembly Appropriations Committee Suspense File with amendments and now moves to the Floor for a vote.

Assembly Bill 463 (Cervantes, D-Riverside) would require employers to provide annually to part-time community college faculty a letter verifying employment. AB 463 would also require employers to provide part-time community college faculty during orientation, or upon hiring, detailed information on what they must do to qualify for the Federal Public Service Loan Forgiveness Program. Finally, AB 463 would factor in part-time faculty preparation time and office hours in the calculation for qualifying for the PSLF Program.

AB 463 passed off of the Assembly Appropriations Committee Suspense File and now moves to the Floor for a vote.

AB 500 passed off of the Assembly Appropriations Committee Suspense File and now moves to the Floor for a vote.

AB 843 passed off of the Assembly Appropriations Committee Suspense File with amendments and now moves to the Floor for a vote.

AB 897 remained in the Suspense File and now becomes a 2-year bill.

Assembly Bill 943 (Chiu, D-San Francisco) would authorize the use of funding for the Student Equity and Achievement Program, up to $25,000 of apportionment funds per campus, to provide emergency student financial assistance to eligible students to overcome unforeseen financial challenges that would directly impact a student’s ability to persist in their course of study if the emergency student financial assistance is included in an institution’s plan for interventions to students.

Assembly Bill 1153 (Wicks, D-Oakland) would establish the Child Abuse Reporting Training Act of 2020 which would require each governing board of a community college to 1) annually train, using an online training module, employees and administrators of the district who are mandated reporters on the reporting requirements; 2) develop a process for those persons to provide proof of completing this training within 6 weeks of each academic year or within 6 weeks of that person’s employment; and 3) develop a process to identify students who are minors enrolled in classes at a community college district and provide that information only to faculty members and other employees who are mandated reporters.

AB 1153 passed off of the Assembly Appropriations Committee Suspense File and now moves to the Floor for a vote.

Assembly Bill 1353 (Wicks, D-Oakland) would shorten the maximum length of a prescribed period of probation from not exceeding one year to not exceeding 6 months or 130 days of paid service, whichever is longer. In addition, AB 1353 would provide that, to the extent these provisions conflict with a collective bargaining agreement entered into before January 1, 2020, these provisions shall not apply until the expiration or renewal of that agreement.

AB 1505 passed off of the Assembly Appropriations Committee Suspense File and now moves to the Floor for a vote.

Assembly Bill 1506 (McCarty, D-Sacramento) would establish a cap on charter schools permitted to operate in the state of California. The total number of charter schools authorized by a school district, county office of education or the state shall not increase above the actual number that are operating on January 1, 2020.

AB 1506 passed off of the Assembly Appropriations Committee Suspense File with amendments and now moves to the Floor for a vote.

Assembly Concurrent Resolution (ACR) 49 (Medina, D-Riverside) would recognize the University Council-AFT. The resolution would highlight the important roles that non-tenured track faculty play in the UC system exposing the union-busting attempt being utilized by the UC Office of the President and the Senate with the creation and promotion of the lecturers with security of employees.

Senate Bill 715 (Galgiani, D-Stockton) would have prohibited the UC from entering into a contract for services with an asset manager for a defined contribution plan if that plan is a stand-alone optional plan.

Senate Bill 756 (Durazo, D-Los Angeles) would express the intent of the legislature to enact legislation containing specified policies relating to charter schools on or before January 1, 2020 and would prohibit the approval of a petition for the establishment of a new charter school until June 30, 2024 unless those specified policies are enacted. In addition, SB 756 would require, during the 2023-24 school year, the Legislative Analyst’s Office to publicly issue a report relating to the effects of the moratorium.

SB 756 passed off of the Senate Appropriations Committee Suspense File and now moves to the Floor for a vote.

Senate Concurrent Resolution (SCR) 29 (Leyva, D-Chino) would commend the University Council-American Federation of Teachers librarians represented by the UC-AFT for their contributions to the University of California.