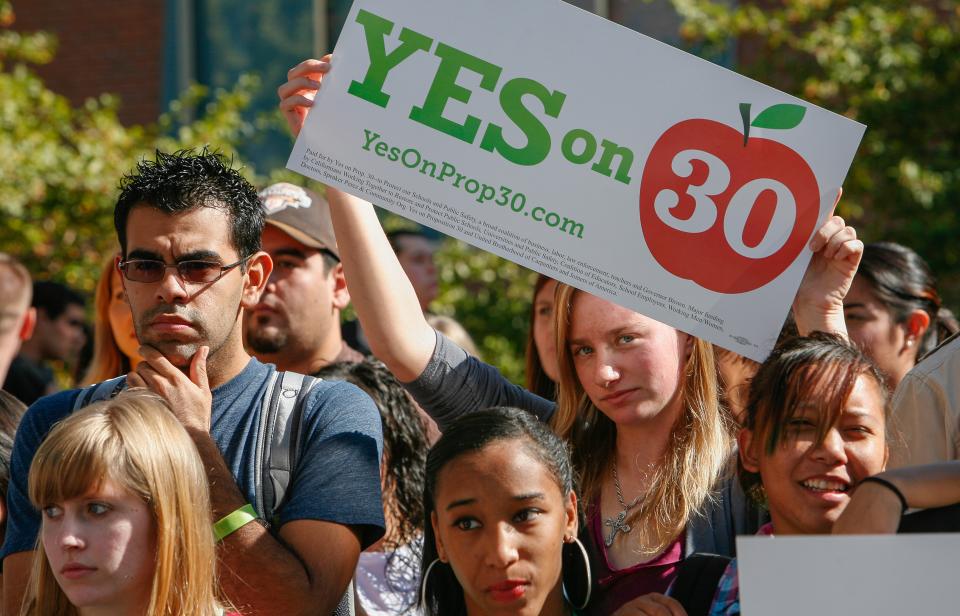 Nearly nine in ten CFT members, 87 percent, voted for Prop. 30, the merger of CFT’s Millionaires Tax and Gov. Brown’s original initiative, according to a post-election poll commissioned by the California Labor Federation.

On the national level, voters reelected President Obama on a platform that promises to restore pre-Bush tax rates on the wealthiest Americans, and fund social investments such as college scholarships, immigration reform and marriage equality.

For the first time, the electorate looked like the population, with young voters and ethnic and racial minorities making a profound difference at the polls. Educators are uniquely positioned to understand both the demographic change occurring in the United States, and the power of education to change lives. A class of kindergarteners represents the next generation of voters; many will cast their first ballot while attending community college, CSU or UC.

Younger voters — college students and parents with children in school — depend on public education and recognize the need for investment in public services to create more opportunity. This is particularly true for families with low and moderate incomes.

Voter participation does not automatically follow population gains, however. “Demographics is not destiny,” said Anthony Thigpenn, in his post-election analysis. A veteran community organizer, he leads California Calls and the new Reclaim California’s Future coalition, of which CFT is a partner.

Reclaim California helped shape the election by turning out occasional voters. Deviating from past get-out-the-vote operations that talk to voters only in the days before the election, the umbrella group organized neighborhoods year-round through its local affiliates.

And starting six weeks before the election, activists from these affiliated organizations talked to more than a half million potential voters, most of whom were low-income African Americans and Latinos.

CFT played a significant role in the labor-based coalition that successfully defeated Proposition 32, the Special Exemptions Act, which would have limited the voice of educators and all union members in politics.

The coalition, Alliance for a Better California, also includes the League of Women Voters, the Sierra Club, Planned Parenthood, and Common Cause. The Alliance built the largest political organization in memory, focusing on areas without established community organizations. It used social media extensively and constructed a walk-and-phone program that started before Labor Day, and ultimately led to some 2 million personal conversations.

Ten days before the election, the Yes on 30 and No on 32 field operations combined forces and distributed 1 million door hangers in the last four days. CFT’s combined electoral campaigns significantly contributed to a voter surge that passed Prop. 30, defeated Prop. 32, and led to unprecedented gains in the California Legislature.

Democrats picked up three seats in the Assembly and four seats in the Senate. Both houses now have two-thirds or more Democrats, the number needed to enact revenue measures without minority party support. The expanding electorate seated four new pro-labor, pro-education Democrats to Congress from historically conservative California districts.