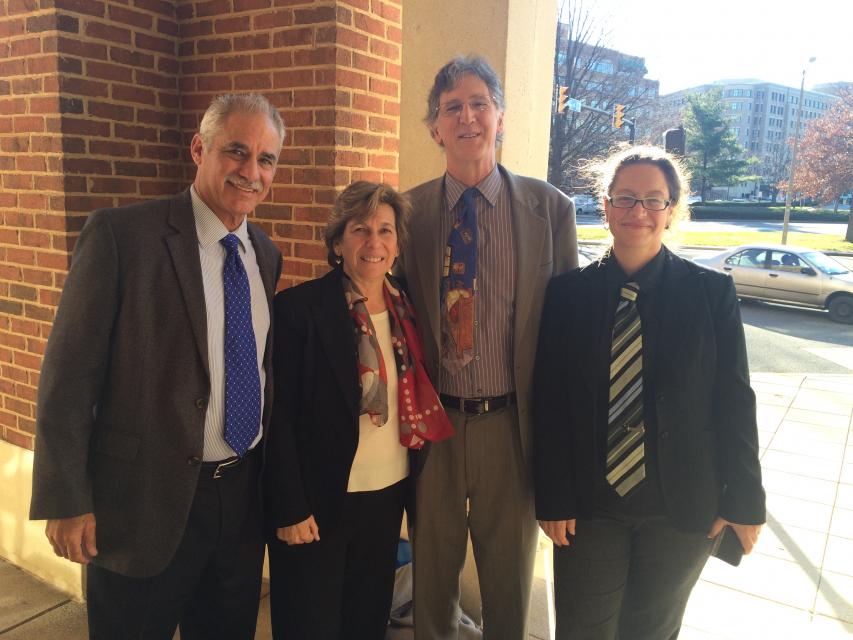 The group testified about the urgent need to remove the ACCJC and replace it with one capable of fair and competent accreditation practices. Also speaking against ACCJC reauthorization was a representative from the state chancellor’s office, a representative of San Francisco City Attorney Dennis Herrera’s office, and several supporters from other community colleges. NACIQI members asked Pechthalt, among others, a number of questions about how CFT envisioned moving forward.

The following day NACIQI voted to recommend to the U.S. Education Secretary an extension of ACCJC’s authorization by just six months, instead of the year extension that DOE staff had recommended to NACIQI. Clearly the presentations the previous day had had an impact. This is a good sign that NACIQI is taking seriously the long list of violations of accreditation standards racked up by ACCJC and is finally beginning to understand that there is a groundswell of opposition by many California stakeholders.

Also on December 17 the group, joined by AFT higher education and legislative staff, split into teams to visit 18 congressional offices. There they had substantive conversations with congressional staff, delivering the request for the congressmembers to urge the Department of Education to support delisting ACCJC and help transition to a new accreditor. The Department of Education should make its determination whether to de-authorize the ACCJC early next year.

Bottom line: This is a good step forward in the long fight for fair accreditation practices, reflecting a lot of hard work by CFT leadership, staff, members and allies.