CFT encourages your vote for fellow members at Assembly District Election Meetings! Deadline extended: Your ADEM ballot must be received by February 3 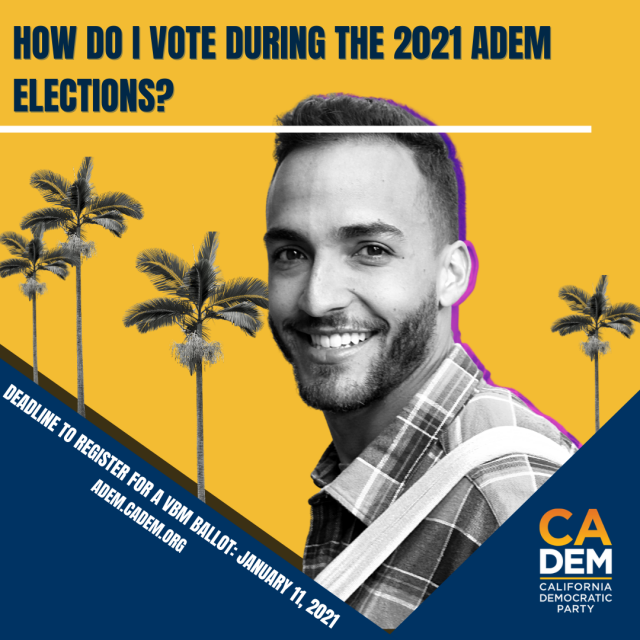 Update: The deadline to return your ADEM ballot has been extended. All ballots received by Wednesday, February 3 will be counted.

The election for delegates to the California Democratic Party — called Assembly District Election Meetings or ADEMs — is taking place now. The deadline to request a ballot (January 11) has passed, but your vote is important!