Today, as CFT members joined with coalition partners in Sacramento to rally for protection from agricultural pesticides for students, the Californians for Pesticide Reform bestowed an award on the CFT for its local and statewide efforts to make schools near fields safer. 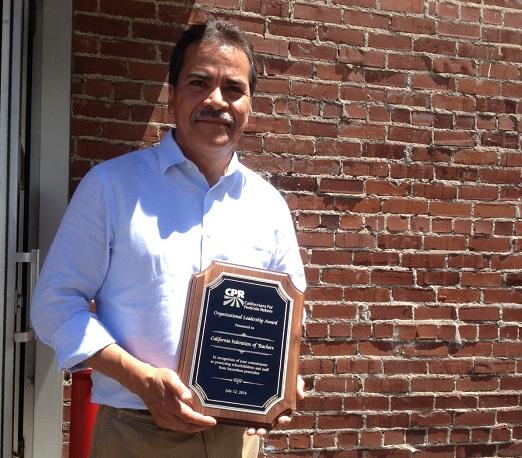 One hundred and fifty demonstrators converged on the Sacramento offices of the Environmental Protection Agency and the Department of Pesticide Regulation (DPR) for the rally. The coalition delivered more than 27,000 petitions demanding protections for children from exposure to pesticides in schools. 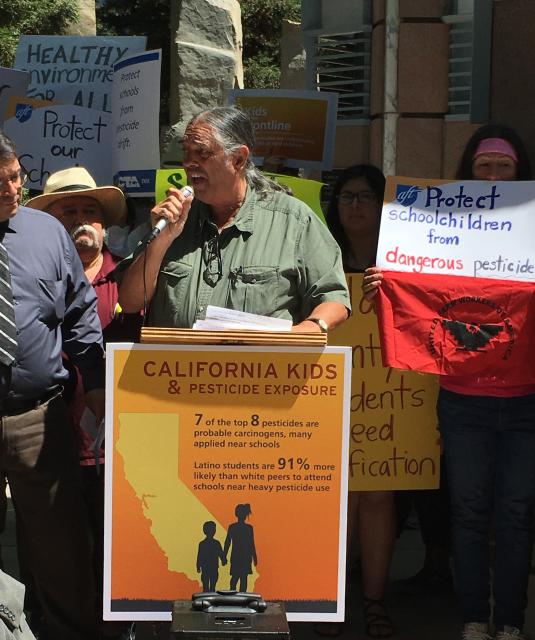 “We’ve waited too long for DPR to unveil their plan to protect children in California from chemicals that are associated with some truly horrific health harming agents that are affecting our children, including cancer, asthma, ADHD, autism, and damaging effects to their neurological and reproductive systems,” said Ana Barrera, Salinas public school teacher and labor delegate for the Salinas Valley Federation of Teachers. “With the new school year fast approaching, it’s time for DPR to act.”

Following the rally, demonstrators ate lunch nearby. As they consumed their food, the coalition gave out its awards, including the one for CFT, which was accepted by Pajaro Valley Federation of Teachers president Francisco Rodriguez on behalf of the statewide organization. Rodriguez is also a vice president of the CFT.

Momentum for new protections has been building steadily since the California Department of Public Health released a groundbreaking report in 2014 “Agricultural Pesticide Use Near Public Schools in California,” which documented for the first time the extent to which hazardous and difficult-to-control pesticides are used in close proximity to schools in fifteen counties in California’s agricultural heartland. 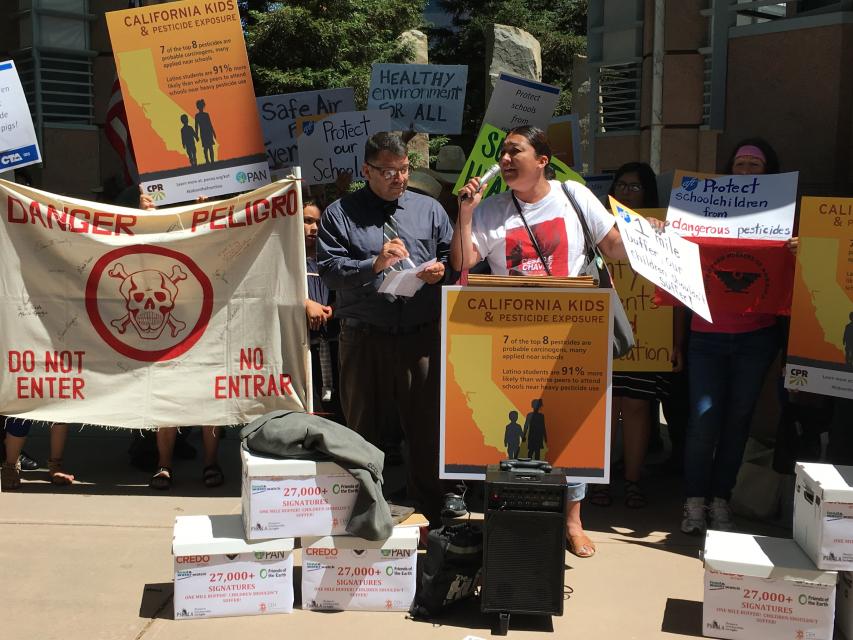 Many of the more than 140 pesticides in use near schools are linked to negative impacts on children’s health and learning. Five of the pesticides most heavily used near schools are fumigants—the most dangerous and drift-prone pesticides on the market, applied as gases to the soil before crops are planted. Fumigant exposure can cause cancer, reproductive and developmental harm and immediate poisoning.

CFT’s award, the “Organizational Leadership Award,” is “In recognition of your commitment to protecting schoolchildren and staff from hazardous pesticides.”