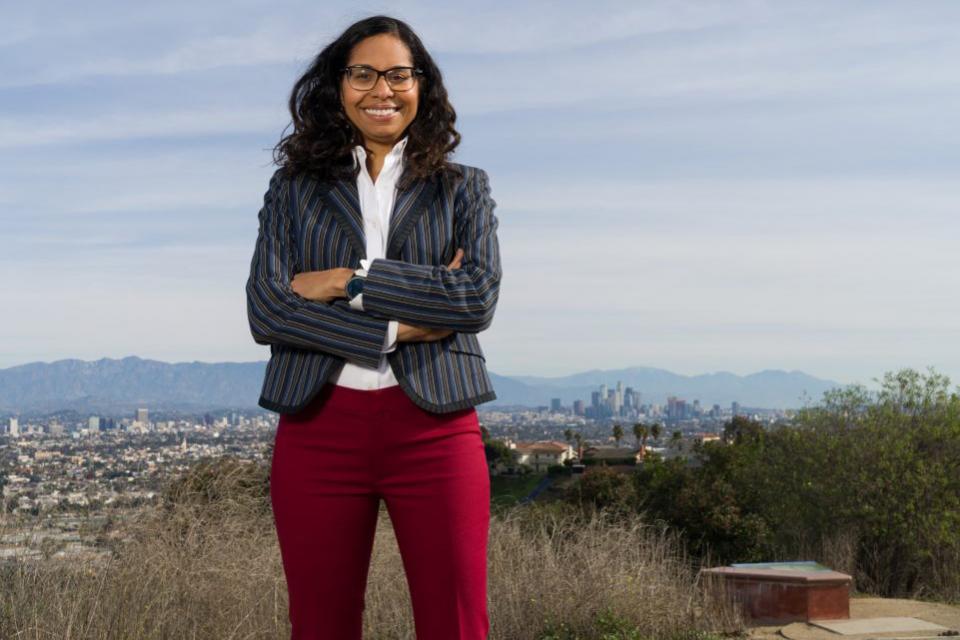 Election Results: Sydney Kamlager was elected to the California Senate.

The CFT has endorsed Assemblymember Sydney Kamlager in the Special Election for Senate District 30, which will be held on March 2. The district includes Downtown Los Angeles, Culver City, parts of Inglewood, and several other LA neighborhoods.

Assemblymember Kamlager has served in the Assembly since 2018. Prior to serving in the California Legislature, she served as a trustee for the Los Angeles Community College District and as district director for Senator Holly Mitchell in SD 30, the district she is now running to represent.

As a state senator, Assemblymember Kamlager will be a champion for public education and has demonstrated support for increasing revenue for our public schools, including her public endorsement of Proposition 15 in 2020. She also has a proven track record of fighting for racial and environmental justice and has called for immediate action on climate change. She has been a leading voice in the Legislature for criminal justice reforms that focus on diversion, redemption, and rehabilitation.

The CFT is proud to endorse Assemblymember Sydney Kamlager, and we look forward to working with her in her new role as a state senator once she is elected. If no candidate earns more than 50 percent of the vote, a runoff election will be held on May 4.