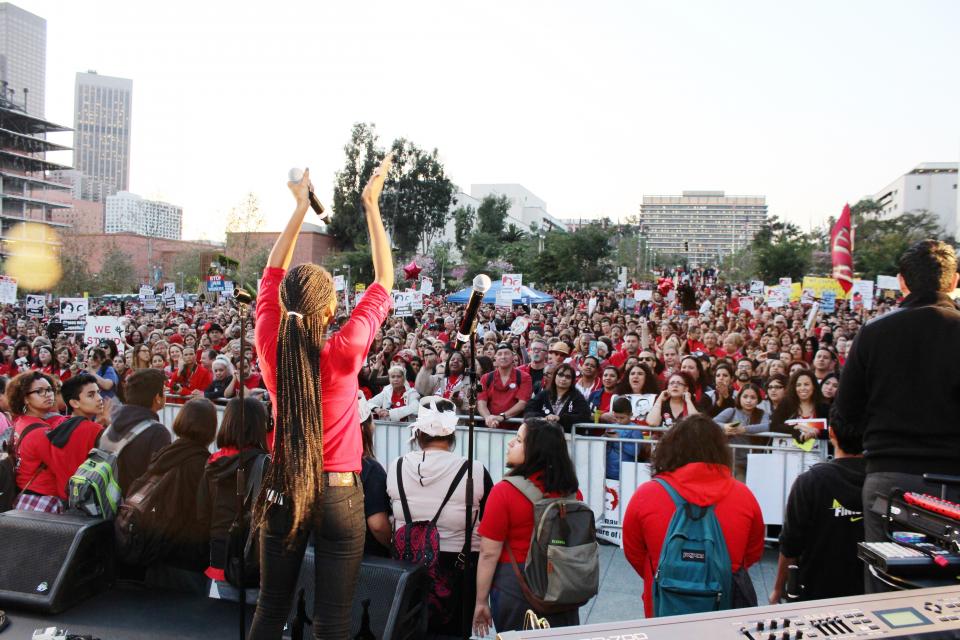 Today thousands of educators from across Los Angeles jammed Grand Park today in a rally for “the Schools LA Students Deserve.” They arrived by rail, bus, car and on foot—wearing UTLA red to send a loud message to the Los Angeles Unified School District that teachers will not stop fighting for smaller class sizes, fully staffed schools, clean and safe schools, and fair compensation.

United Teachers Los Angeles was joined in the rally by students, parents, and community groups and supported by its affiliates CFT, CTA, AFT and NEA. 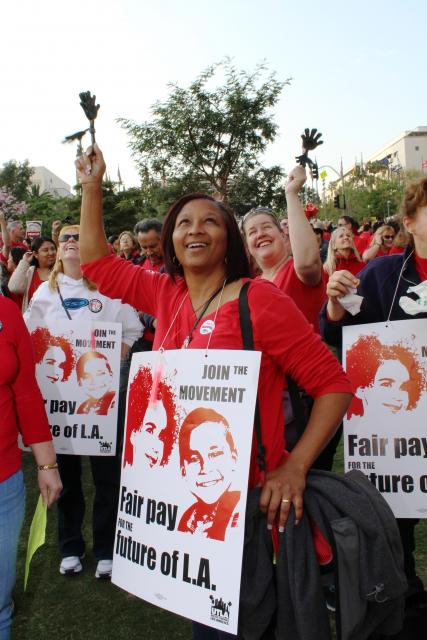 Last week, UTLA declared an impasse in negotiations with the district after LAUSD failed to bring meaningful proposals to the table on the key demands for the Schools LA Students Deserve. UTLA says it will continue to organize and hold actions until the superintendent starts to listen.

UTLA President Alex Caputo-Pearl said, “UTLA does not want to strike, but no one should doubt our resolve to do so if necessary. This fight is too important for the 640,000 students in LAUSD.

“To accept what the district has offered to date,” he continued, “simply would not be fair to these students, their parents and to the educators, who have not even had a cost-of-living adjustment in eight years. LAUSD should and must do better.”