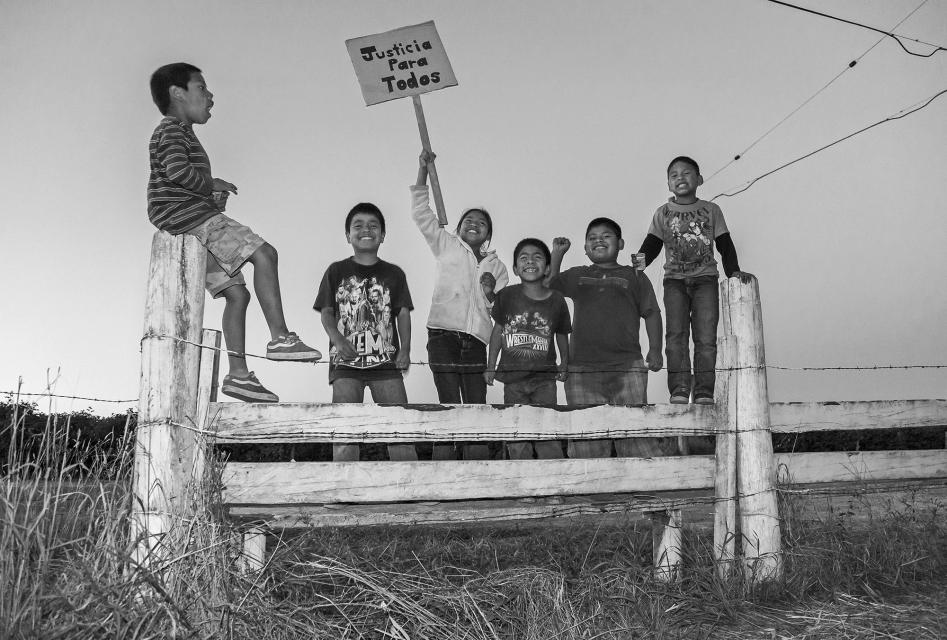 Evidence shows that teachers are stressed. A 2017 survey in British Columbia found that two-thirds of teachers felt “stressed and emotionally exhausted all, or most of the time. In the United Kingdom, 86 percent of teachers reported increased workplace stress. In the United States, 40 percent of teachers quit teaching within five years, leaving schools with inexperienced teachers who often are assigned to teach the most challenging and vulnerable students.

It’s not the kids. Educating students in a well-structured and supportive school is a positive experience for all.

Most people become teachers because they want to make a difference in children’s lives. Evidence from a Northwest Evaluation Association survey in 2014 found 90 percent of students believe their teachers care about their learning.

I just returned from the XIII Tri-National Conference in the Defense of Public Education in the mountain town of Orizaba, Veracruz, Mexico. Historically, the town is notable for the Rio Blanco Strike, seen by historians as one of the main events that led to the Mexican Revolution. On January 7, 1907, striking textile workers battled with mounted police and Federal troops. Seventy strikers died and hundreds were injured. Stories and photographs of wagons of dead workers was circulated around Mexico and stirred up revulsion for Porfirio Diaz’s already corrupt regime.

Before NAFTA went into effect January 1, 1994, some education union activists from Canada, Mexico and the United States became aware of a plan laid out by the United States Information Agency that called for an “education common market” that would help develop a “North American Identity,” and would address cultural issues that supported NAFTA’s economic integration. These activists, over concern about what this “common market” might mean to public education, met in January 1993 at the Evergreen Labor Education Center in Olympia, Washington. Since that time, every two to three years, the Tri-National Coalition meets to dissect and analyze the effects of NAFTA and its neoliberal policies on public education. This was my third conference having attended one in Los Angeles in 2008, and one in Vancouver, British Columbia in 2016.

The conference had over 200 attendees and included educators and unionists from throughout Canada, Mexico and the United States as well as Great Britain, Ecuador, Belize, Argentina and Puerto Rico. They brought their research and experiences to share with the hope of coming up with ways to work together to defend public education. The main concerns that emerged were the degradation, commercialization and devaluation of public education caused by top down educational reform driven through the false criteria of standardized test scores and greed.

Teachers no longer feel respected. A British Columbia Teachers’ Federation survey of 38,000 teachers from 2017 found that: 92 percent felt disrespected by their government, 72 percent by the public media and 72 percent by their own district-level administration. The disrespect comes from the lack of meaningful professional support, not enough time for peer collaboration, inadequate preparation time, insufficient student services, bureaucratic requirements that have little to do with educating, poor working conditions, lack of access to resources and pointedly, school reform that comes from above, not out of teacher or student needs.

In Mexico, a most brutal example of disrespect has been the refusal by now former Mexican President Enrique Peña Nieto, to investigate the disappearance of 43 students from the Rural Normal School of Ayotzinapa in September of 2014 in Iguala, Guerrero. The new Mexican President, Andres Manuel Lopez Obrador, just two days into office on December 3, 2018, created a truth commission to investigate the possible massacre and said, “I assure you there won’t be impunity in this sad and painful case,” according to a December 3, 2018, story by Paulina Villegas in the New York Times. Hopefully, the public will now learn the truth.

Disingenuous school reform that comes from outside the classroom leads to the degradation of public education. It is often driven by standardized tests that treat students like they are all the same – hardly realistic. I taught second language students who took the same tests and were evaluated the same as if they were native speakers with college-educated parents, the main determinant of success in college. It disregards individual, community and cultural differences.

The United Kingdom in 2001 decided to turn public schools into academies based on “low test scores.” Parents, seen as consumers, are offered the “illusion of choice and the fetish of quality” according to Louise Regan, president of the National Education Union, and were offered financial incentives to enroll their children into the academies. Today, 47 percent of students attend these academies with no democratic oversight. Students who don’t do well are “off rolled,” removed from the attendance rosters like they no longer exist.

Poor test scores are also used as an excuse to cut services. In Chicago, schools are being closed and there is even greater segregation today than before Brown vs. Board of Education, a landmark ruling by the US Supreme Court in 1954 that forbade states from establishing separate public schools for white and black students. The solution in this case became Turn Around Schools, made either by changing the principal, changing the entire staff or by closing the schools. School closings can have a dire effect on communities when students have to travel farther away from their homes to, in some cases, more dangerous areas. Banks made money when schools were closed in Chicago.

In a small high school in the outskirts Orizaba, the myth is all that there is

A major component of top down school reform is the belief in technology as the savior of education. While closing schools, cutting staff and programs, reducing teacher autonomy, the accompanying myth is that technology is the answer. In a small high school in the outskirts Orizaba, the myth is all that there is. As part of the conference, we visited local schools around the area. We drove about 20 minutes out of the city to El Encinar, a Distance Learning Tele High School that offers a “Telebachillerato de Veracruz,” a TV diploma.

There are over 1,000 TV schools in the Mexican state of Veracruz. They were developed to reach the poorest students and are designed to use satellite teaching with scripted learning guided by the teachers on site. The irony was that this school had only one television for 130 students. Most of the school’s six classrooms had only desks, a table and one white board. The school was not free; parents paid $70 a semester and materials’ fees each semester. The teachers there are the lowest paid in the state.

El Encinar teacher Enrique Reyes was lucid; “Greed knows no limits. Teachers are kept busy and in a constant crisis mode that deters organizing. It started in Mexico with airlines and then to higher education. Privatizing and commercializing concepts have invaded the mentality like entrepreneurship. Original concepts have been marginalized as old style or from the past. Education is now seen as business. Directors become more concerned with making profit to keep schools going than with the quality of education. We need to fight this.”

Although Canadian and American teachers didn’t complain about a shortage of technology, there were concerns about the quality of the software, safety of their and their students’ data and how it is, being used by big corporations. Maria Santiago, a Mexican teacher from Oaxaca describes how the government provided computer software with instruction in English, while her students speak Zapotec or Mixteco. Similarly, Professor Elizabeth Escobar criticized a Mexican law that requires students to work on the internet in communities where there is no electricity.

Teachers and students are taking action

Teachers and students are taking action. Mexican teachers, who have felt the worst effects of educational reform have demonstrated all over Mexico. Teachers went on a five-month strike in Veracruz in 2013 and according to Lucia Morales, were ambushed by police, tear-gassed and attacked by dogs. Earlier this year, 75,000 teachers in Arizona went on strike for six days and gained a small raise and the strength to continue fighting for better schools. Philipa Harvey, past president of Great Britain’s Nation Education Union reported on “unprecedented actions by students who are walking on Parliament with placards. They have flipped three-quarters of a million votes nationally to Labor through their activism.”

The conference closed with the kind of camaraderie that comes from sharing stories, meals and dance. Agreements were made to go back home and keep the stories and issues alive. Union members agreed to make teacher’s health and stress a bargaining issue using the example of Ontario’s union who recently bargained a one-year moratorium on any new Ministry of Education or local school board initiatives or programs.

Since the XIII Tri-National in Orizaba ended November 11, a new Mexican president, Andres Manuel Lopez Obrador, took office on December 1. In his inaugural address on December 1, he made the gratifying announcement that he will end educational reform. This could bring on a new era of public education in Mexico that serves the needs of students, communities and their teachers, not business interests.

Sarah Ringler is a retired teacher and unionist member of the Pajaro Valley Federation of Teachers, Retiree Chapter, AFT Local 1936-R. She serves as Vice President of the retiree chapter and attended the XIII Tri-National Conference in Defense of Public Education, held in November in Orizaba, Mexico.