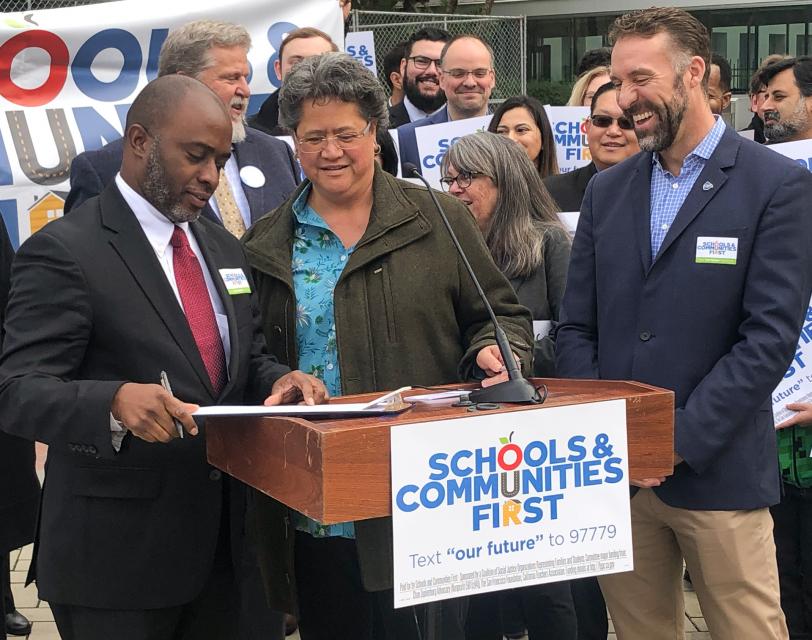 “As the head of California’s K-12 educational system, it is my top priority to champion policies which give our students more opportunities to succeed. That’s why I’m endorsing the Schools and Communities First initiative,” said Thurmond. “If we’re serious about addressing the historic inequities within California’s educational system and delivering results for our students, we all need to step up and pass this initiative.”

In thanking Thurmond for his endorsement, Freitas referenced the superintendent’s years of successful  advocacy for schools and students. “As the state’s foremost education leader, and a decades-long advocate for our students, Tony understands the power and promise of what a quality public education means for every student and community in California,” said Freitas. “And that is why we are here today. Because the Schools and Communities First initiative will reclaim $12 billion every year for schools and local communities to fund classrooms and critical local services that our students and their families rely upon.”

CFT members from every corner of the state continue to work hard alongside fellow union volunteers and community allies to gather signatures and qualify this important measure for the November ballot.