Saturday, June 11 – March for Our Lives – Join an event near you! Enough is enough! Our communities deserve common sense gun safety laws now 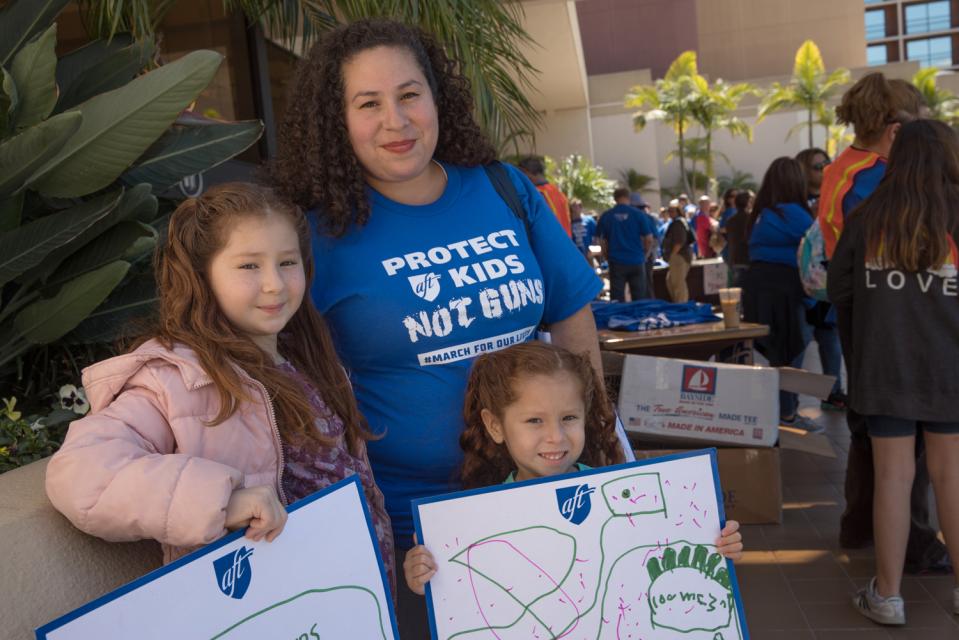 Last week, AFT announced support for a nationwide Enough Is Enough campaign in partnership with March for Our Lives, AFT affiliates, and other allies.

Educators, parents, and students will send the message that “enough is enough” and that our communities deserve common sense gun safety laws now. The union also will be partnering with Parkland, Florida, school shooting survivor and activist David Hogg in the lead up to the nationwide March for Our Lives events on this Saturday, June 11.

“This is a public health crisis. Educators deserve to be able to teach and not be forced to be human shields to protect their students,” said AFT President Randi Weingarten. “Parents and communities deserve to know their schools, stores, and places of worship are safe.”

There is significant common ground on gun violence reform. Now, political leaders need to act and enact the gun safety legislation that 75% of Americans want.

“The heinous shootings in Uvalde and Buffalo have laid bare the crisis we’re facing here in America — again,” said Weingarten. “We can’t allow these preventable mass murders to keep happening, and we can’t allow this to be the new normal.

“The overwhelming majority of Americans want action on common sense gun safety, and they want it now. That’s why we’re calling on senators to come together and pass proven and popular measures that will save lives and get guns out of the hands of would-be school shooters.”

Join a “March for Our Lives” event on Saturday, June 11!

FIND AN EVENT NEAR YOU